Examinations of Avant Garde ideas in our Universe

Art: Drink it Up 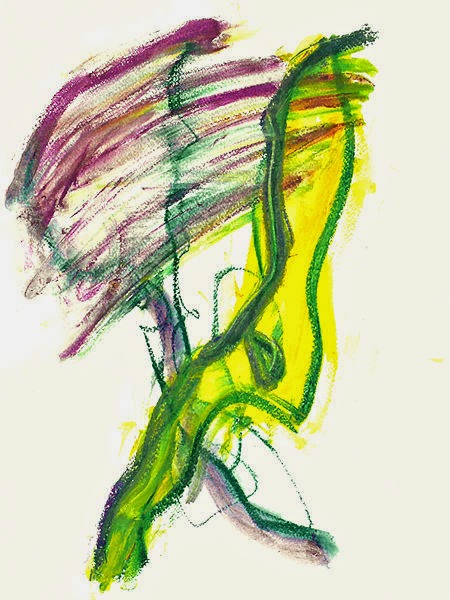 Edgy art is great, the weirder the better. But it must actually be art to get and hold my attention. You can look up ‘weird art’ on Google and find all kinds of innovative, harrowing quasi-Dali imagery in every permutation from oil paints to digital illustration, fairies, 3-headed boys, variations on Beavis and Butthead. What makes some things art and other innovations, well, something else? Silver CarCrash (Double Disaster) by Andy Warhol sold for $104.5M at Sotheby’s. I’m not judging the worthiness of this piece - I’m illustrating my fascination for what things in our world have value, why, and to whom.


But I’ve always felt the sharpest edge of art in the realm of haute couture. Fashion differs from art because it’s a bigger challenge. It’s not meant to hang on a wall and inspire as a static monument of unmovable ideas. It’s supposed to be worn, over the frail human form amongst the folds and flaws of age and evolution, being simultaneously form AND function. 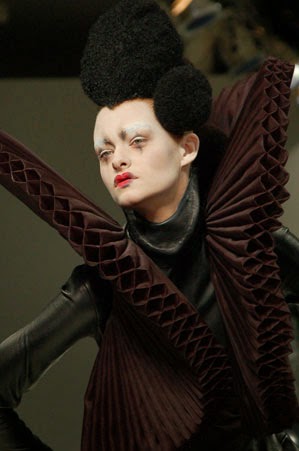 Acclaimed British designer Gareth Pugh, 33, is considered one of the hottest voices in modern design, with an unconventional aesthetic that stretches from fashion to film and beyond. Below from his Sping/Summer 2015 Collection:

Avant garde fashions, like truly innovation-gone-rogue, give me this uncontrollable urge to climb inside the minds of their creators, desperate to understand their truths, their rebellion, their oppression, and their unique redefinitions of beauty and radiance. 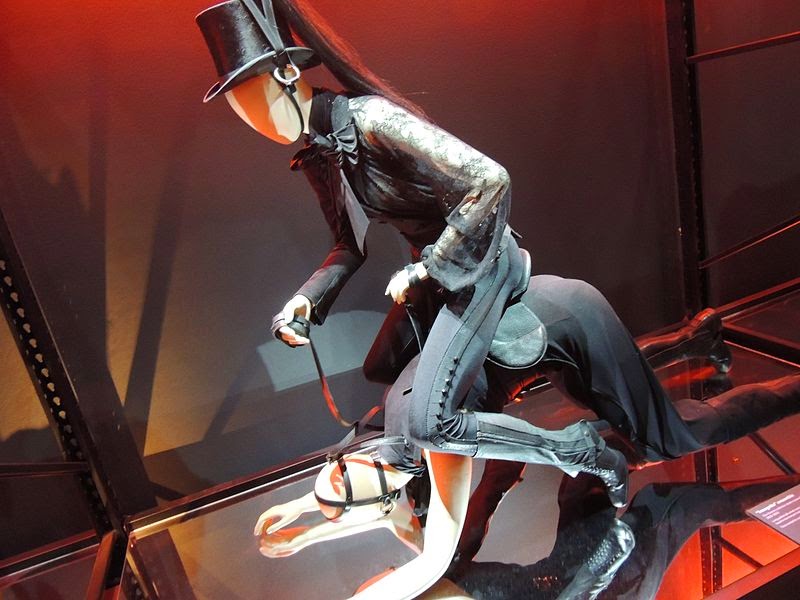 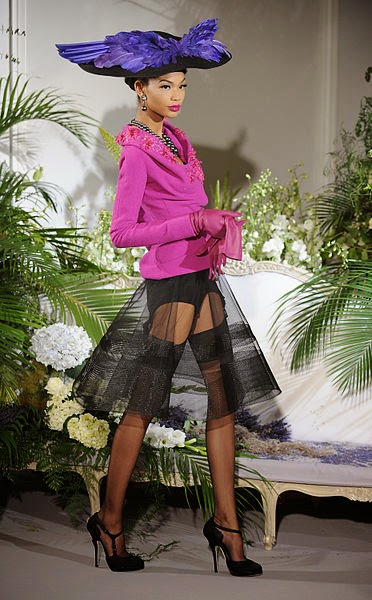 Abstract art in any form is intended to challenge, to wake us from the stupor of soft-lit femininity, elevator music, Thomas Kinkade. Sometimes the point is not to feel good, necessarily, but just simply to feel SOMETHING, or something different. To overtly and publicly loathe a piece of modern art is likely a bigger compliment to the artist than having their piece ignored. The point of any art is to make us see better, bigger, and to ignite something new that we’ve never touched or experienced before.

No doubt there’s a small part of each of us that seeks to step outside of what’s expected, to deviate, to be dangerous and do risky things and be scorned but also loved for our courage to experiment and widen our hearts. Modern design brings us in contact with those secret desires, and lets us live temporarily on that ragged edge of rogue. 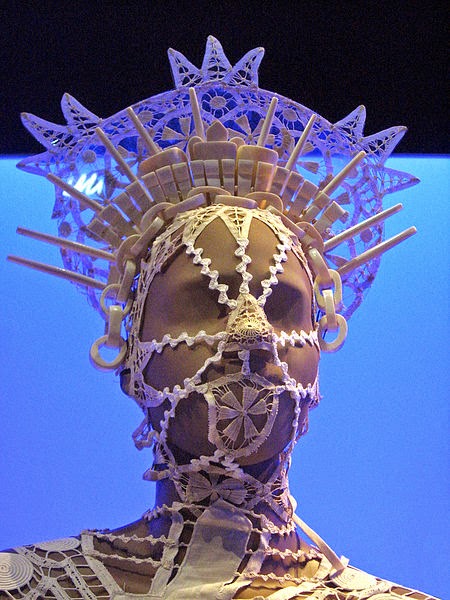 No box, okay? There never was one.

I’m so totally over that phrase “thinking out of the box” and have been since its official expiration date about eight years ago. Why would anyone want to think IN the box in the first place? We wouldn’t. Thank you.

Have a problem that you don’t know how to solve? Who are the players in the equation? How about becoming one of them? Sounds odd, I know, but go with it. Whether you’re struggling with the complex dynamics of family-relations or negotiating with your insurance company, we’re always pretty much adapting the same set of rules to different scenarios. Keep doing what you’re doing, keep getting what you’ve got. So let’s experiment.

What if we tried to approach a problem without any assumptions? It gets a bit ridiculous at some point, I know. So fine, we can make some. The beauty of assumptions is that they shave off valuable time and allow us to quickly size up people and situations into familiar categories. That’s one of the things we’ve learned to do with our gigantic and malleable brains. But the hazard is that assumptions can prevent us from seeing the truth and reality about our world.

What do you see in this picture, Other Generations by Helen Frankenthaler?

I took a poll among my family during Thanksgiving. A sad face, someone said. A forest, said someone else. Landscape. Dancers. A closet too full of clothes. One person said a four year old painted it, someone else guessed someone suffering from mental illness. It was painted by renowned abstract artist Helen Frankenthaler, one of the premiere New York expressionists of the last century.

Now what do you see when I turn it 90 degrees? Somehow the horizontal orientation of the long forms do begin to resemble parts of a physical landscape. I see the Golden Gate bridge. How  about you?

What would happen if you turned a situation on its side to get a different view? Or…turned yourself sideways to alter what’s around you? I think this is what that used-to-death phrase is prompting. If we can’t see a way out of something, what can we see? 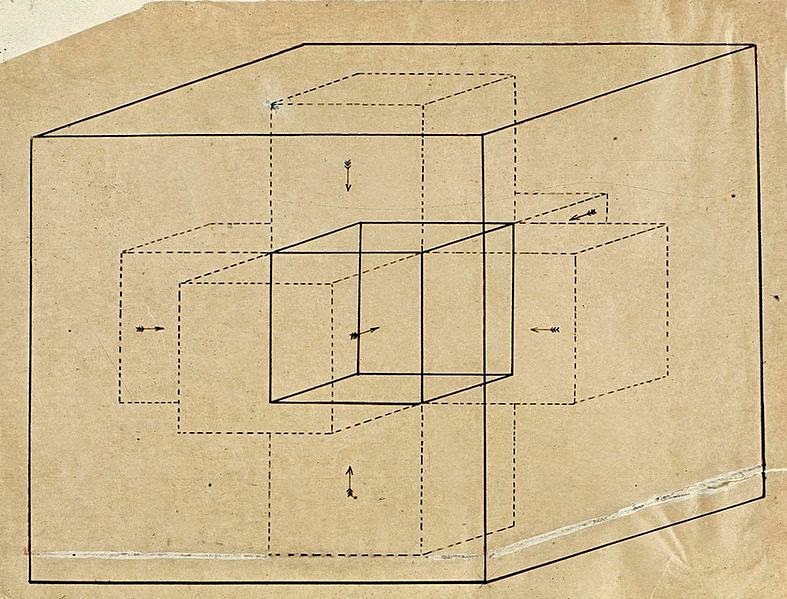 God vs. The Aliens 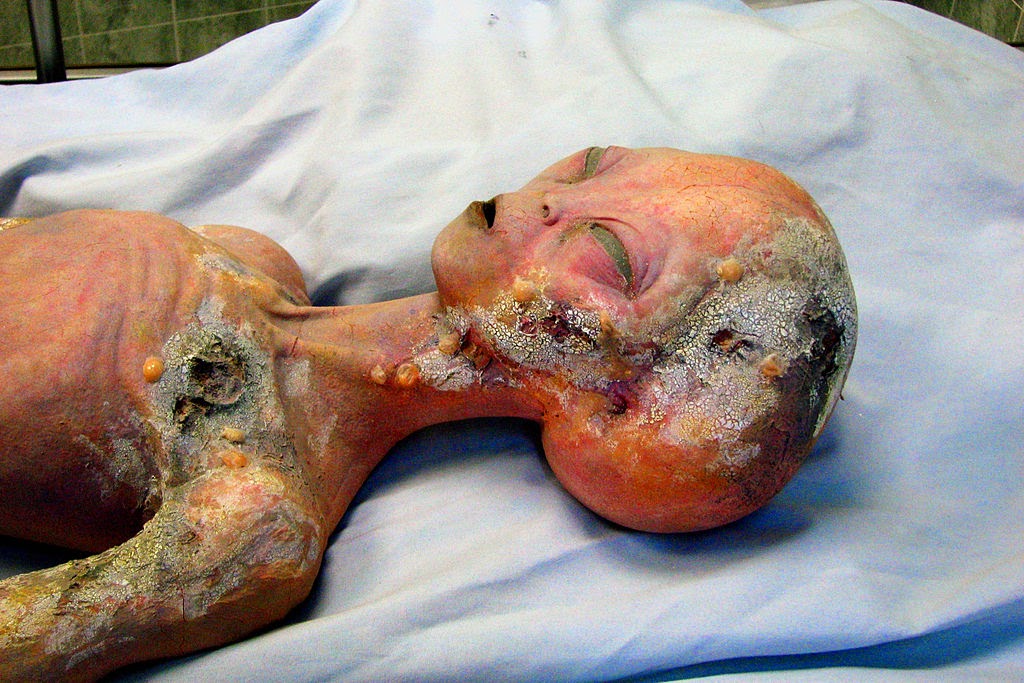 Let me start by debunking a series of myths. We are, by no means, diminutive or green.  And we are beyond earth’s childish addiction to gender – really just a variation on segregation. These myths, to which I refer, have become larger than the truth about us. Chris Carter, that over-privileged, annoying California surfer, has seen to this - and with the help of that obsessive madman, Fox Mulder, we will never be taken seriously. Damn the both of them.


Contact was finally getting close to the ultimate paradoxes on which we base our collective intelligence, but then Men in Black came out and plunged us back into the dark ages. If it’s not the jaundiced, hollow-eyed X-files sleestacks, then we’re multi-tentacled, shape-shifting reptiles that can slide under linoleum without a trace. With Contact, you at least acknowledged the possibility of questions without concrete answers. No, nothing measurable happened to Dr. Ellie Arroway. But her recorder did transmit 23 hours of nothingness, didn’t it?


Humans. What it must be like to have to deal with primitive, complex emotions, not to mention dress codes, gas station restrooms and bank queues. What’s worse, though, is that after all these centuries of practice, you can’t seem to shake the whole baggage-thing.  Why are you so bent on the propagation of misery? It’s not enough for you to feel emotions, but you’ve built an entire culture around them, pedestalizing things like unhealthy attachments, obsessions, and temptation. Comfort-food?  Advil?  Prozac?  Why don’t you want to feel? Or is it that you only want to feel good? How immensely shallow. Your civilization has cultivated an army of buffers, and you can’t create enough -iatrists to keep up with your mutating neuroses. You have my undying curiosity, but not my respect. You celebrate weakness in ways we could never imagine. Grand scale bullying, in our opinion, is just another form of weakness. Your organized crime, I think you call them mobsters (or is it lobsters), are an example of this grandiosity, as they’re idolized in every media permutation. I’ve tried to understand this obsession. But I still don’t get what a family of mobsters has to do with opera singing.


How about Roswell? For God’s sake, if we’re that advanced technologically, why must we resort to clunky metal discs for aerial transport? And another thing, saucers are concave so that they can hold the stem of a teacup. A more appropriate image might be a plate. Little green men in flying dinner plates.  Just kill me now.


In short, we do not use any form of enlarged stoneware as a means of travel. It’s more like “Q” on Star Trek: The Next Generation. Despicable as he was, Q operates from a highly advanced consciousness – basically he goes where he wants when he wants, without limitation, using his thoughts as transportation. In his world, thought is the same thing as action. In your world, however, action is, well, quite theoretical. You think and dream and agonize and second guess yourselves out of everything you truly want. And if you actually achieve something of greatness, you talk yourself out of deserving it and transform the whole success into another neurosis.


Perhaps the greatest abomination, though, was your everlasting love affair with the Planet of the Apes nightmare. It’s not scientific, and it’s worse than science fiction. What’s that…they weren’t depicting aliens? Well if they have their own planet, and it’s not earth, they’re aliens. Hairy cretins in khaki’s with Ph.Ds…whatever points you scored with Carl Sagan, the apes purged you of all remaining credibility. 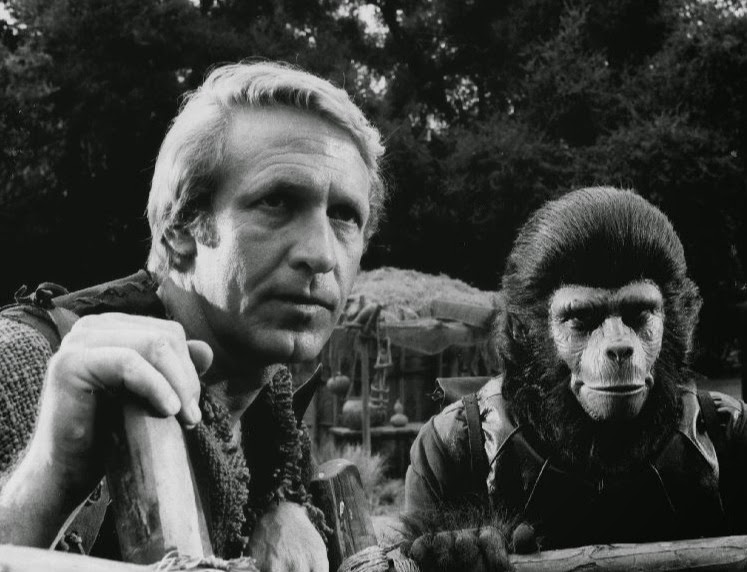 So you probably think being an alien isn’t all it’s cracked up to be. We live in that dark, twinkly, amorphous freeze outside of earth’s atmosphere where anything can happen.  Sound chaotic? Chaos is a sort of astronomical Shangri-La. Chaos is nirvana for aliens.


The universe is wild and random, as it was originally intended by, well, what you might call God, I suppose. But we are not indoctrinated by your categorical thinking. It’s not that we’re atheists, or even agnostic. Religion, to us, is more generalized – like part of our collective unconscious. One of yours studied this theory - Jung believed in the universality of patterns and stories among random cultures across the planet. He suggested that this universal tapestry of subconscious thought served as the connective tissue bonding all humans together. But the nature of this magic glue was beyond the realm of conscious choice – like eye color. You don’t meet with your mother’s gynecologist before you’re born and provide a checklist of preferable traits. You get what you get, end of discussion. And this pretty much describes how we live – not as individuals, but as one. I think The Borg is the best example I can give to describe our inexplicable existence. I know, I know, more Star Trek, but geez, that Gene Roddenberry was downright clever.


Pay attention now: We do not want to colonize Earth, nor do we wish to exterminate its inhabitants. Think about it. If we have access to every other planet in the solar system, as well as unlimited access to any of the other galaxies (of which there are 4,995,000 in case you were wondering), why would we want to colonize here? I mean what’s so great about Earth that we would want to live here at the exclusion of everywhere else? Vacations, yes, of course. Especially around Christmas – something about the glowing red lights that’s so good for our green complexions (kidding).


To bring it all home, aliens:
a)      are not green
b)      are neither male nor female
c)      do not travel in flying saucers and crash in the desert
d)     do not wish to subjugate and enslave Earth’s inhabitants (though we’ve gone back and forth on this one)

So, you ask, what are we then?  We are air, we are light, we are thought and memory.  We are the past and the future, doom and hope. We are what humans will be in fifty million years, and we’re what you were fifty million years ago. As that irascible, wild-haired genius once said, “Time is not at all what it seems. It does not flow in only one direction, and the future exists simultaneously with the past.”